A look back, the boys journey.


We are getting ready to do our annual walk/fundraiser for our local children's hospital. We have million dollar babies (literally) and we are eternally grateful to Golisano Children's hospital for everything they did, and continue to do, for our sons.

This is our story:

Mark and I married and we worked, went back to school, traveled to far away lands (Mexico, Ireland, Paris, and even China). It was amazing but we always always dreamed of becoming parents. It took us awhile, and then even some medical intervention but after 10 years of marriage we finally grew our family. We felt beyond blessed to learn we would be having not one but TWO babies. We were euphoric!!! 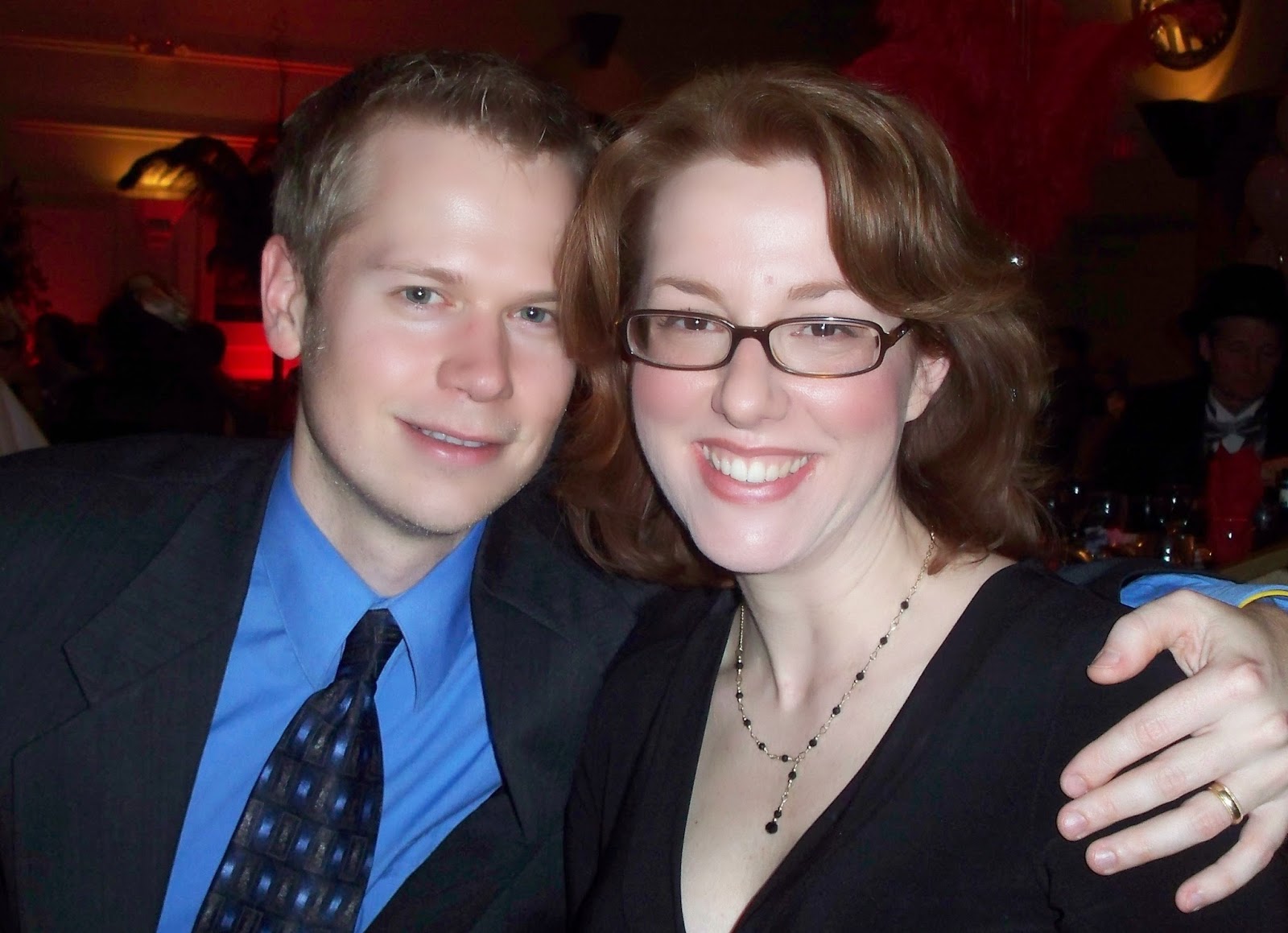 Early on in the pregnancy we had complications. We had "common" issues like spotting and not so common ones like the babies sharing one placenta  and then not having nearly enough thyroid hormone early on in the pregnancy. I had my thyroid removed several years prior and the dose I was on turns out wasn't enough for the twins and me. These issues were stressful but manageable.

However, week 18 was when the pregnancy would turn much more complicated. During a routine ultrasound where we were so excited to find out the gender of our babies, we only learned the gender of one and instead found out that our baby "B" had Spina Bifida and hydrocephalus. Hearing that there is something wrong with your baby is incredibly scary but we were completely unfamiliar with what Spina Bifida was and the way they talked about it we thought it was a death sentence. In fact we were encouraged to terminate the pregnancy at this point as it was said that our baby "B" would have a very poor quality of life. We were stunned, but this ofcourse was never an option for us.

We would later learn that baby "B" (now known as Alex) would have other birth defects unrelated to Spina Bifida as well. These included a congenital heart defect (VSD), congenital scoliosis, a horseshoe kidney, and urology defects. We were overwhelmed with worry and uncertainty about what Alex's future would be like but just a couple weeks after this we realized that Spina Bifida would be the least of our worries.

At 20 weeks we learned that our babies had stopped growing at a normal rate and that in fact they had been monitoring their growth for several weeks. After many tests we learned that my placenta was not functioning properly and instead it was having intermittent and at times reversal of blood flow to the babies. We were told that there was nothing that could be done medically for this, we just had to watch and wait. We were gently prepared by our doctors that we might lose our babies at any point and we went in for monitoring twice a week after that. It felt like our whole world tipped over during this time. We prayed, researched and clung to our family and friends. We were determined to remain hopeful. 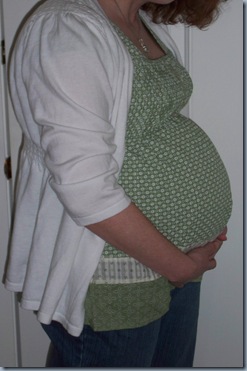 Against all odds we made it to week 26 which was then that they considered the babies potentially viable. Their heart rates however kept faltering on stress tests so at 26 weeks pregnant I was admitted for hospital bed rest and 24 hour monitoring. We were told every single day the boys could stay in the womb increased their chances of survival at this point and decreased complications, even with the placenta issues we were having. Their size was still lagging behind several weeks "younger" than expected even then. They were still growing but very very slowly. If you know them now, you'll see that this is a very familiar trend even today.

The doctors goal was that we make it to 32-34 weeks gestation but said even 30 weeks would be okay. We had several scares during this time with the boys heart rates faltering but they would recover and we made it two more weeks in the hospital before we had to finally and urgently deliver. Even though I was receiving medications to halt contractions, the boys were not tolerating their environment anymore. It was still a full three months early but delivering them then at 28 weeks although far from anyone's ideal, would quickly become their best chance at survival. It was absolutely terrifying.

The doctors would later tell us they did not know if they world be bringing two babies or even one alive to us that day. The boys were born at 28 weeks exactly weighing one pound 10 ounces, and one pound 12 ounces. I was put under anesthesia but Mark was able to see them very briefly after they were born as they rushed the babies by. They were immediately hooked up to ventilators, heart and blood pressure machines and wires that seemed endless. For the next few hours they would be assessed and stabilized. It would be several hours of excruciating waiting before I would get to have a look at them for the first time. 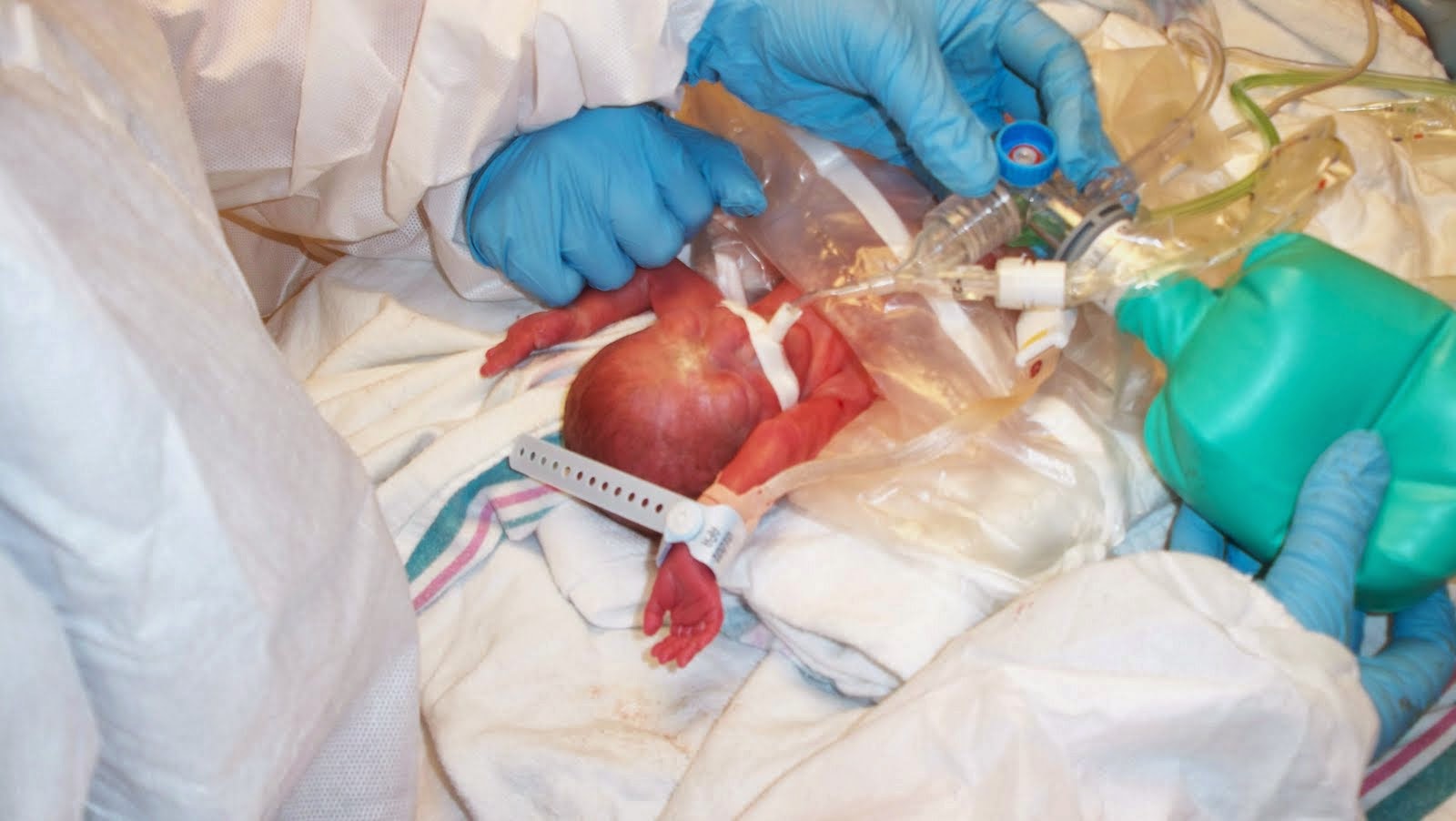 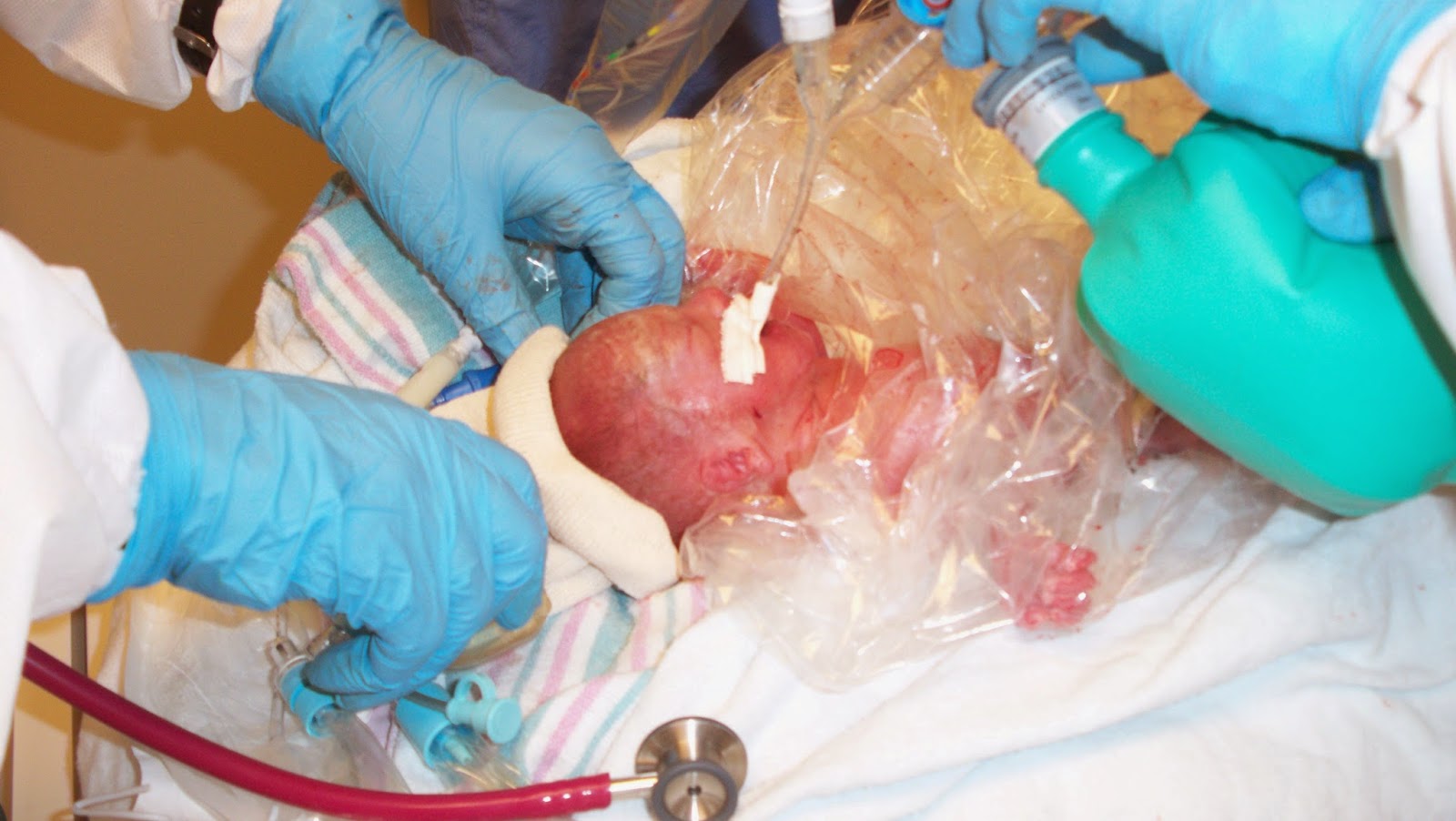 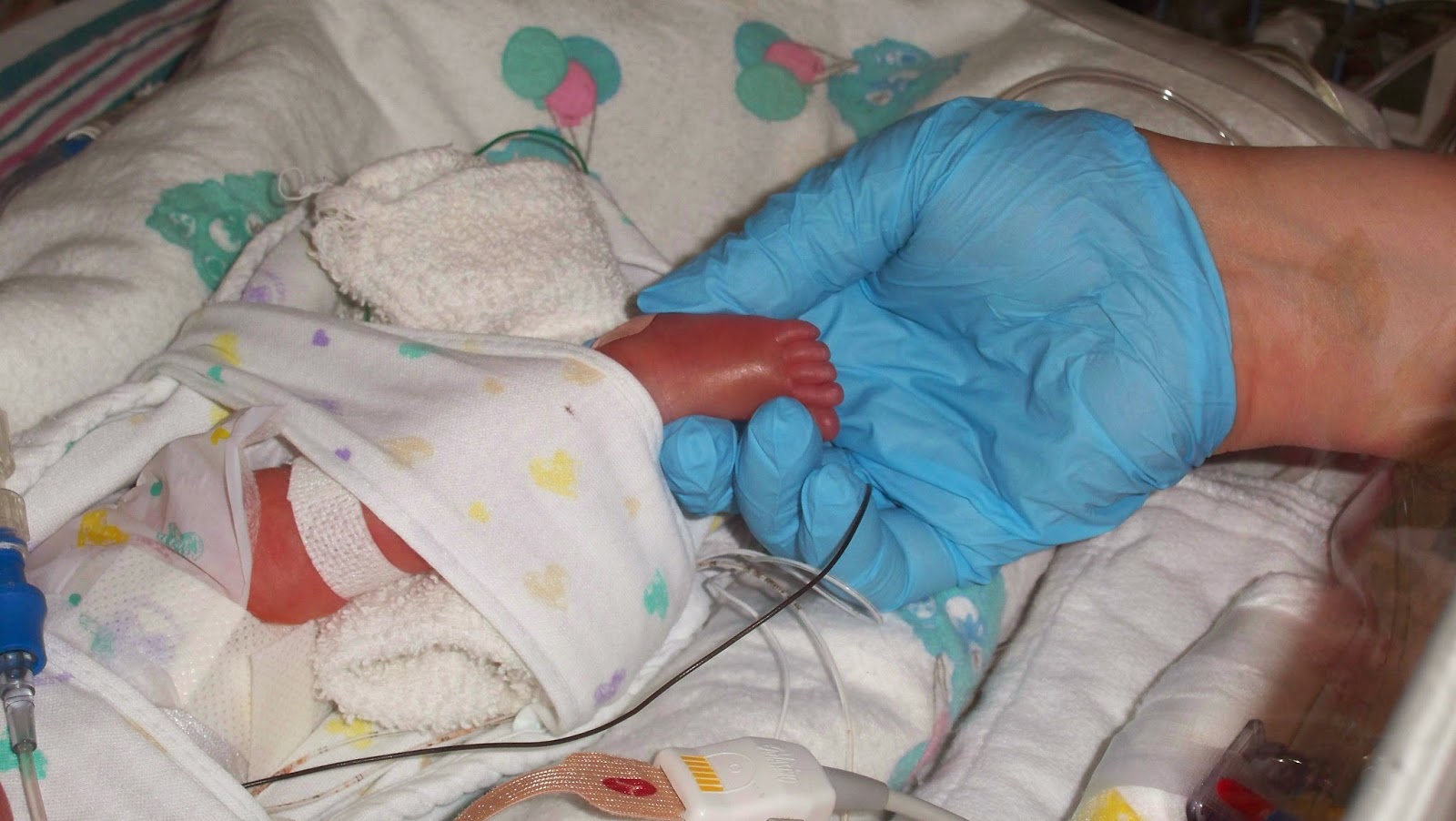 Just 48 hours after birth at a pound a half Alex would undergo spinal surgery to close his spinal birth defect. He was at risk of meningitis if his back was not closed as soon as possible but he was not as medically stable as they would have liked him to be to undergo surgery. We felt like we had little choice and knew he needed the surgery. We talked with hospital staff and were able to baptize both of ours sons right there in the hospital just before Alex's surgery and again clung to each other and our faith. We prepared ourselves as best a parent possibly can that we may lose him and it was simply an agonizing wait.

Weeks later, the pediatric neurosurgeon would tell us afterwards that it was the largest opening he's ever repaired on the smallest baby he had ever worked on. He needed the help of a plastic surgeon to close the wounds, but in true Alex fashion, he continued to defy all the expectations and did well and now just needed time to heal and grow. 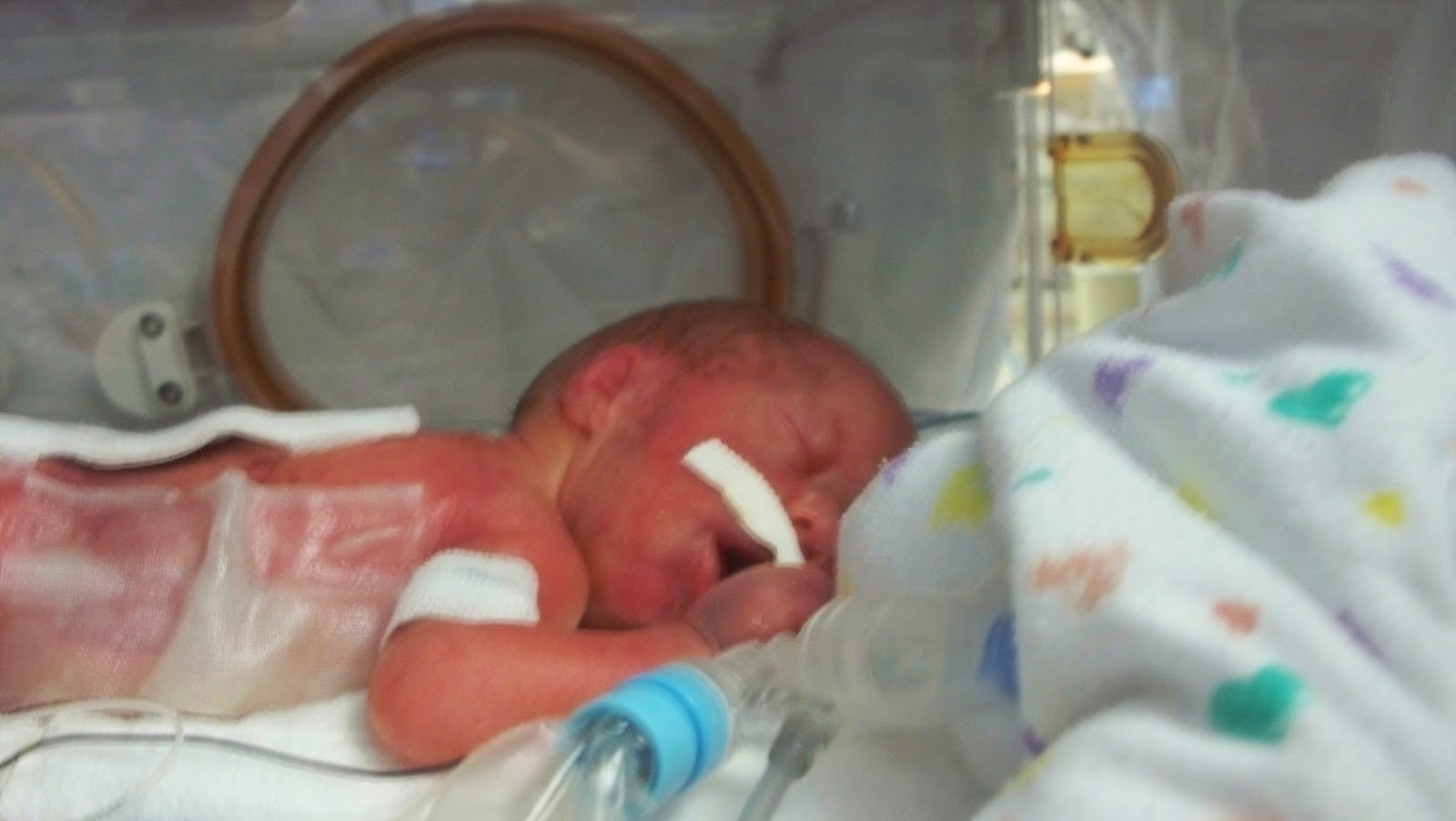 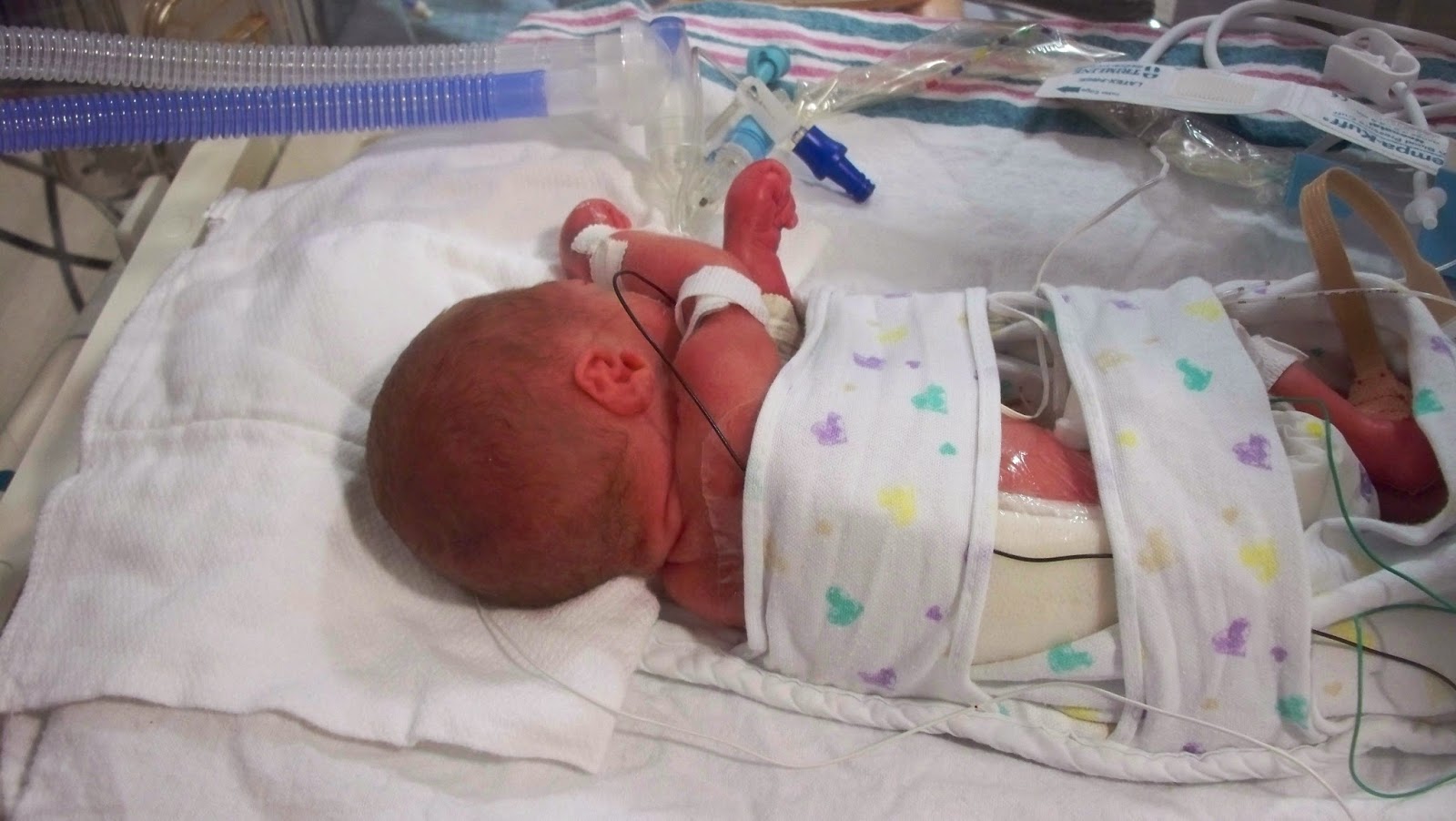 Our other miracle baby Nicholas was not born with Spina Bifida but still had his own obstacles to overcome. He was only two ounces bigger than his twin and could not breathe on his own, regulate his blood pressure or body temperature. He would also require blood transfusions, a heart surgery, and battle a life threatening septic infection, and another surgery during his stay.

It would be a week before we could hold Nicholas and three weeks before we could Alex for the very first time. Before that it was just reaching into the incubators to touch them and whisper to them. 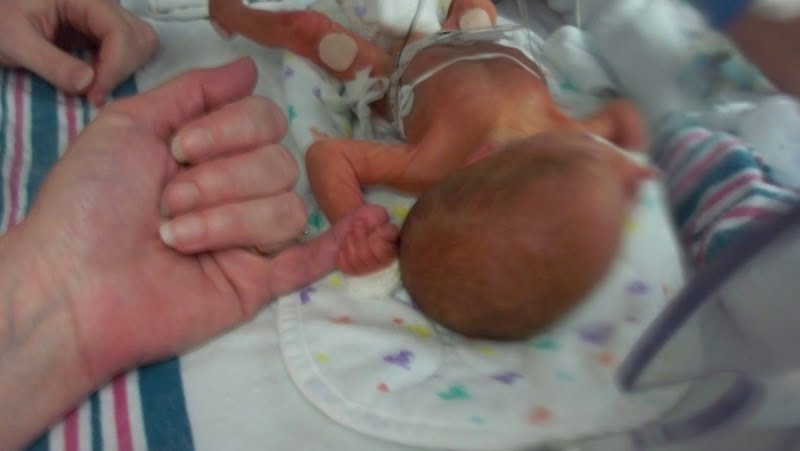 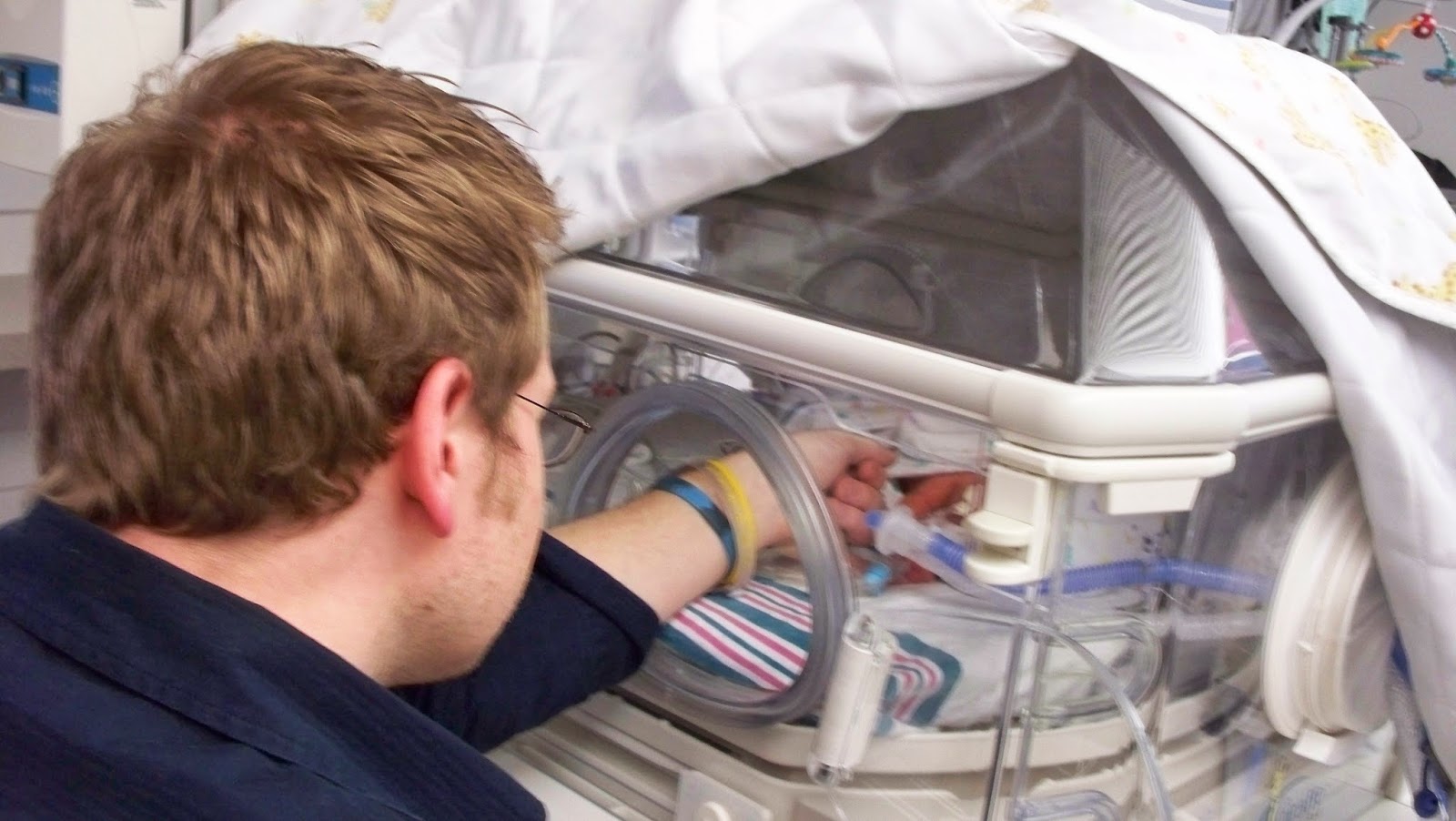 We could only hold them for a few minutes a couple times a day because they could not keep up their body temperatures out of the incubators and even just the movement in and out of their beds were stressful on their bodies those first few weeks but these moments got us through all of the rest of the moments and were simply sheer bliss! 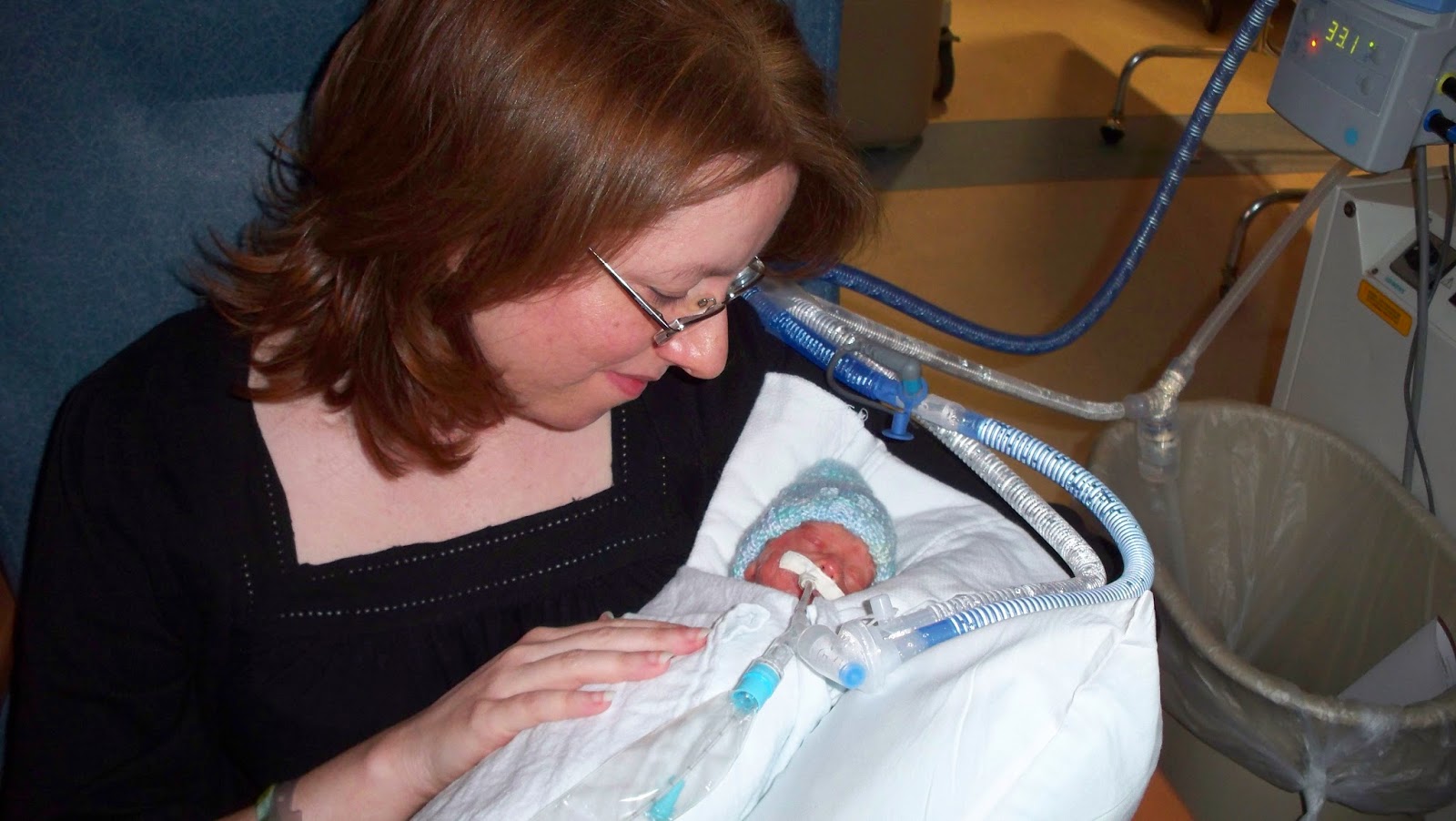 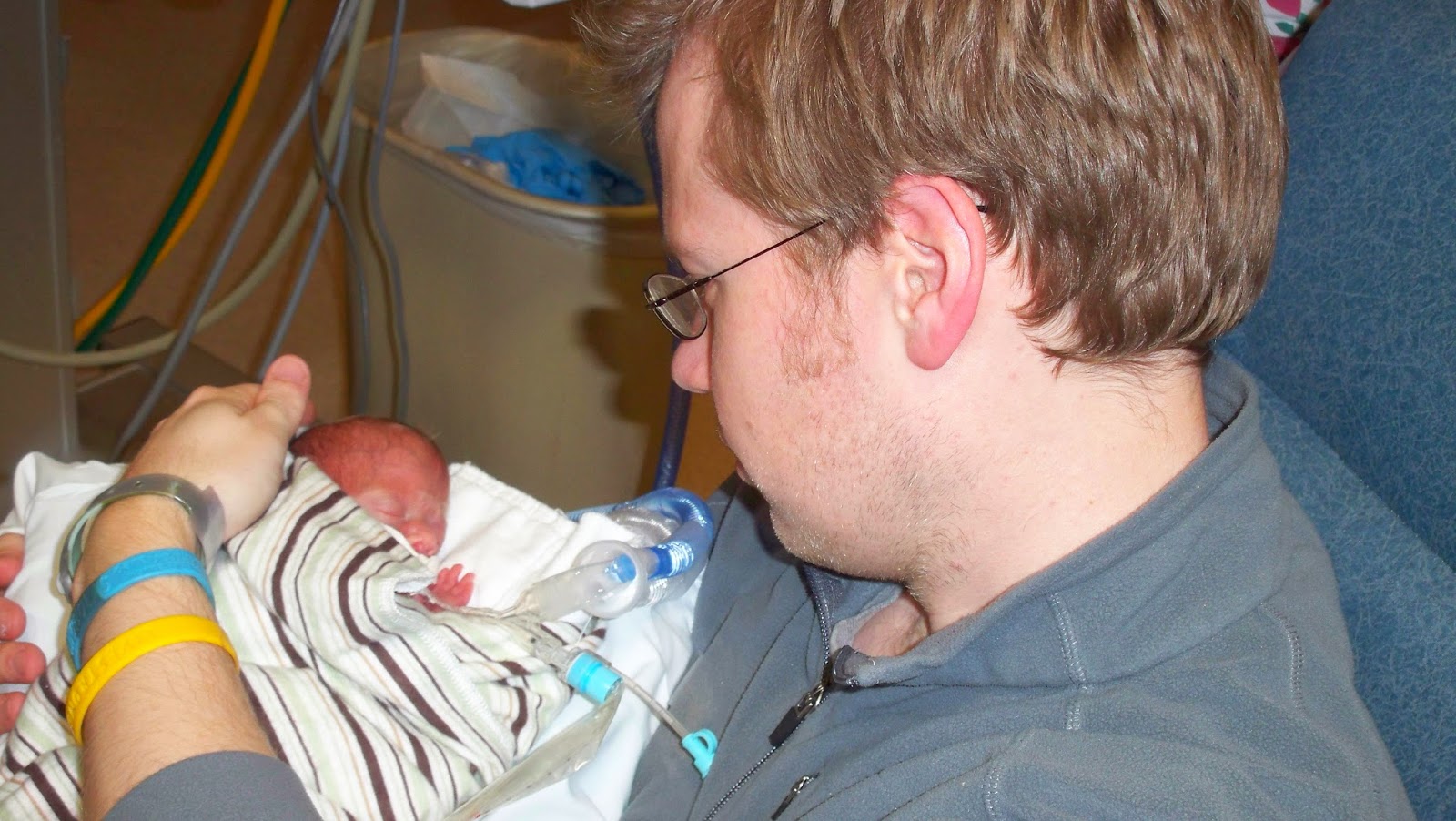 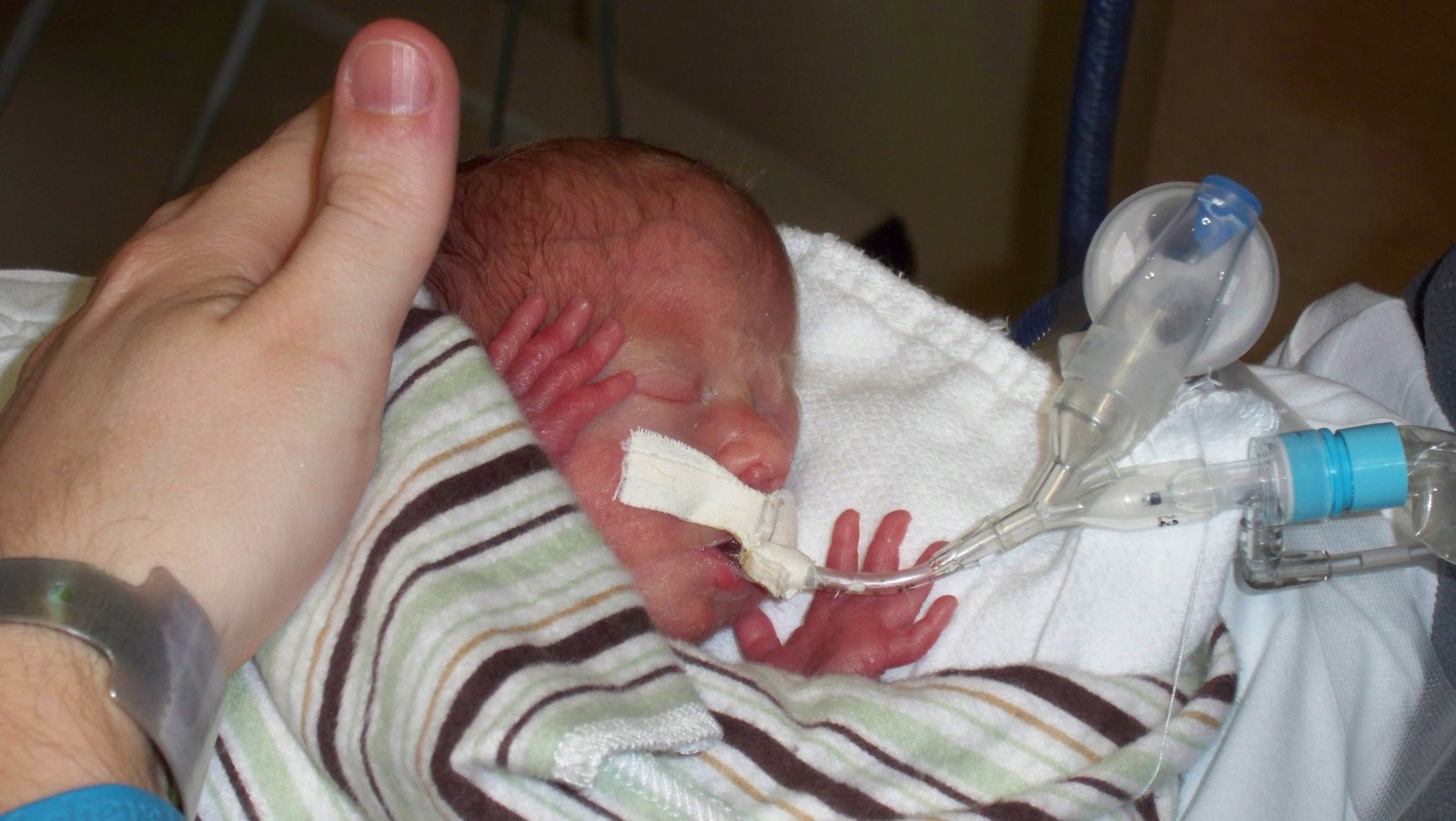 The weeks that followed alternated between terrifying and exhilarating as the boys battled and overcame infections, surgeries, and the like.

After a long six weeks of an emotional rollercoaster ride, both boys were finally able to come off ventilators and soon after just "regular" supplemental oxygen.

Believe it or not this was the "step down" from the ventilator. Even though it looks more cumbersome, its actually much more gentle on their lungs. 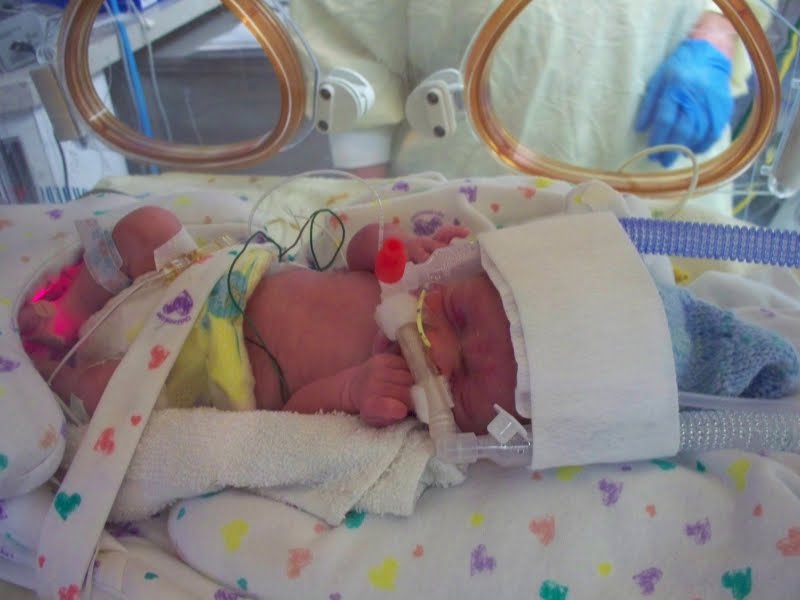 After multiple trials of starting/stopping, they were slowly and finally able to tolerate tube feedings. 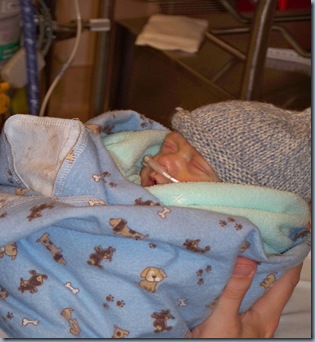 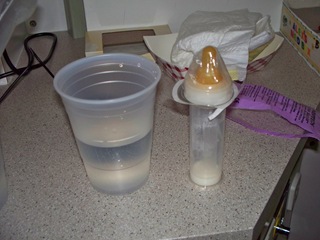 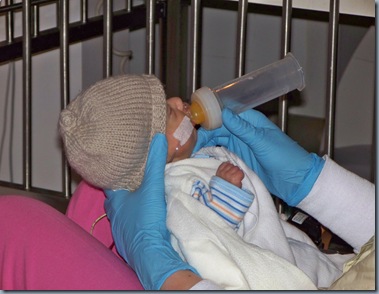 After a longgggggg three and a half months in the NICU, both boys defied all the odds and came home--again just days apart from each other. 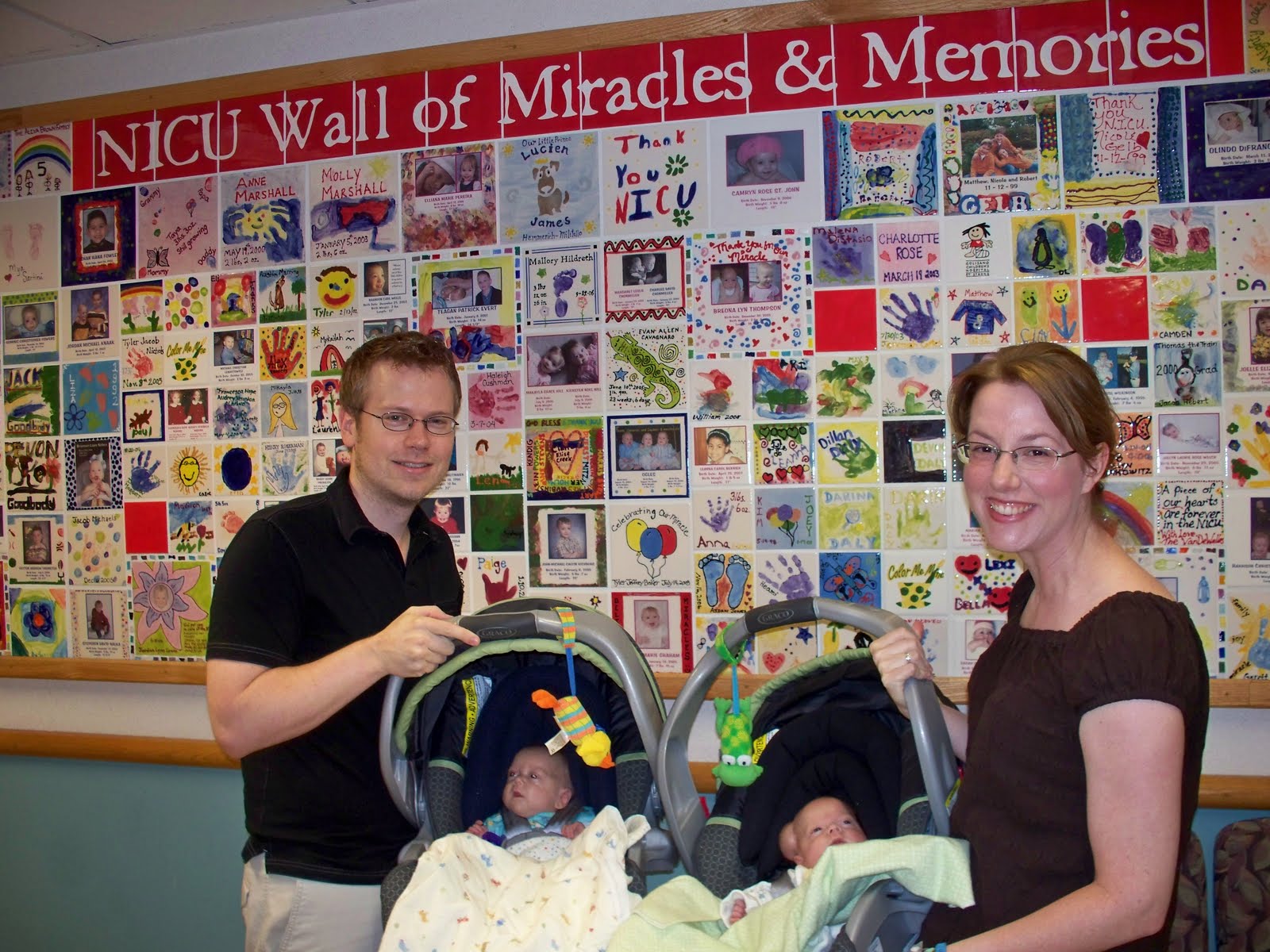 That first year was A LOT of waking them around the clock for medications
and weekly doctors appointments.

Alex would undergo three more surgeries after coming home,
a total of six surgeries that first year and a half, and Nicholas would have three surgeries.
That first year or so would be the most stressful I have ever known. But to look at them now other then their small size you'd never guess their tumultuous start. They continue to have some medical monitoring from the vestiges of their severe prematurity but they are certainly quite minor given just where they began. 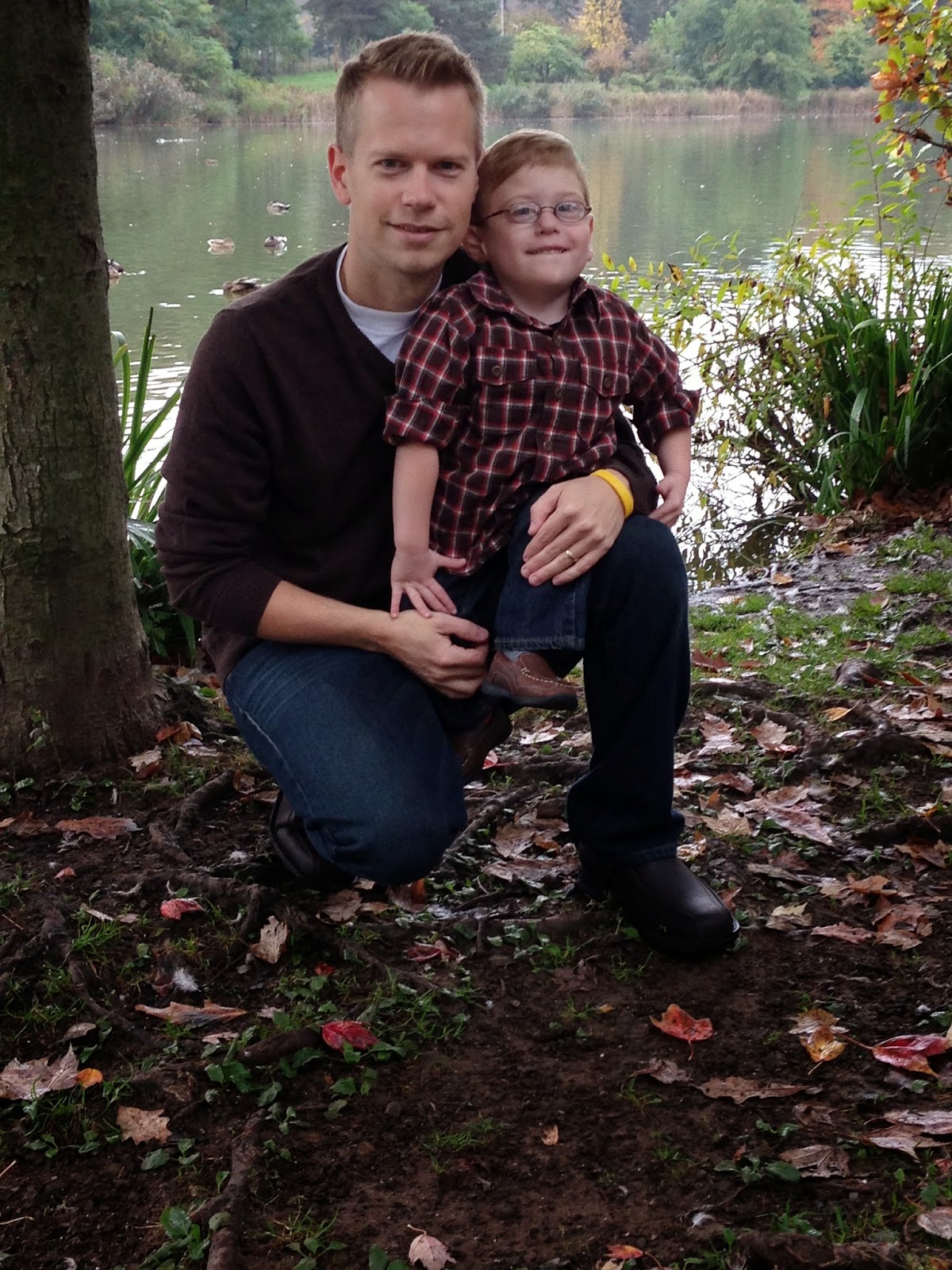 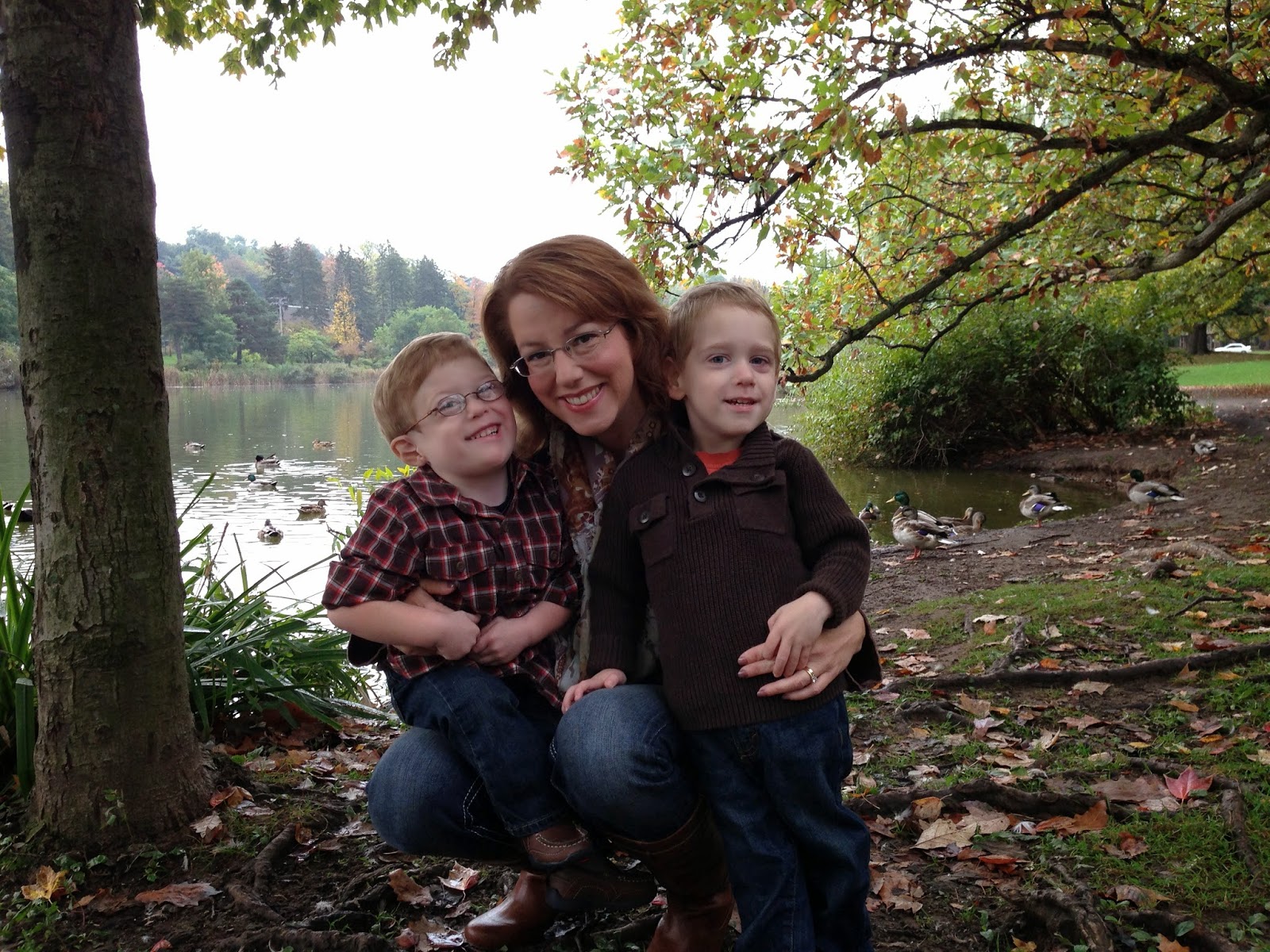 Words can not possibly express the gratitude that we hold for ALL of the doctors and nurses who have and continue to care for our sons at Golisano Children's hospital. We can't possibly give back what has been given to us but every year we will walk in gratitude for the hospital that with Gods help gave us the world. For my local friends, please consider walking and celebrating them with us !!!!!

If you're reading this and would like to join us in celebrating our boys and helping us give thanks to the place that has given us so much, you can also visit our page here

Hi! Thanks for the interesting post! Proper nutrition is really very important. My nutritionist uses the Nutri-IQ platform https://www.nutriiq.ca/ which has a lot of useful and interesting information. What do you think about it?

Holli
I started this blog initially FOUR (wow) years ago to keep out of town family and friends up to date on what turned out to be a complicated pregnancy. Then the boys were born at just 28 weeks and I used the blog to journal about their three month NICU stay. It became a much needed outlet for me. Somewhere along the line its morphed into a jumble of things. Its still mostly about the boys, and their childhood, sprinkled with Spina Bifida awareness, and my general ramblings with motherhood. You can email me at: hopeandfaith829@yahoo.com. Also Feel free to leave a comment, Thanks for stopping by!

For posts discussing the following: